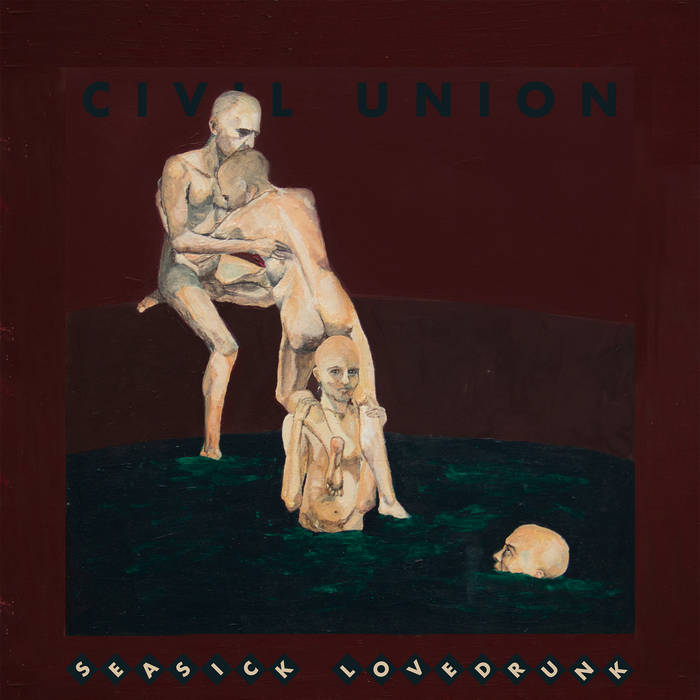 Cheispir this is GREAT, totally recommended GOTH POST PUNK or as they call themselves ANTIPODEAN GOTHIC PERFECTION.
One of the best contemporary post-punk bands absolutely Favorite track: Love Makes Slaves Of Us All.

Mr B From Rennes

Civil Union's last international tour was a miserable series of break-ins, near-accidents and existential dread. And fittingly! This is the band that sings “Love Makes Slaves Of Us All”, an example of what kind of hopefulness you can expect within a country that’s undergoing a neoliberal makeover. And this is also the band whose bassist narrowly escaped an earthquake that levelled his home city. The misery is strong in these ones, as is common in their generation of NZ bands who’ll never afford a house: a bleak streak recently nicely summarised as the “Antipodean Gothic”. Whether you intellectualise it or not, it’s plain to see that the chirp in this country has all gone dried up. And that’s what an LP like “Seasick, Lovedrunk” is there to say, it in its idiosyncratic, twangy, bummed-out way. (Which also happens to be the way of The Male Nurse or the Country Teasers, if you wanna go there.) In it, a testament to the cracks in the landscape -- and people -- of New Zealand. If you’re put off visiting by now, at least there’s still this album.

"A grim, Brood-like, Cronenbergian manifestation . . . there's no getting outta' bed with this spinning on the hi-fi." -Rob Fletcher, Terminal Boredom

"[Take] churning queasiness and woozy reverie, then put ‘em into the psychological blender, you just might arrive at the sonic discombobulation that Civil Union is capable of wringing from your soul." -Blurt

All songs by Civil Union.

Recorded, mixed, and mastered by Joshua Lynn at Thinkt studios in Auckland, NZ.

Violin on 'Death Clings To Your Clothes' and 'Follow The Red Herring' By Aletheia Elder.